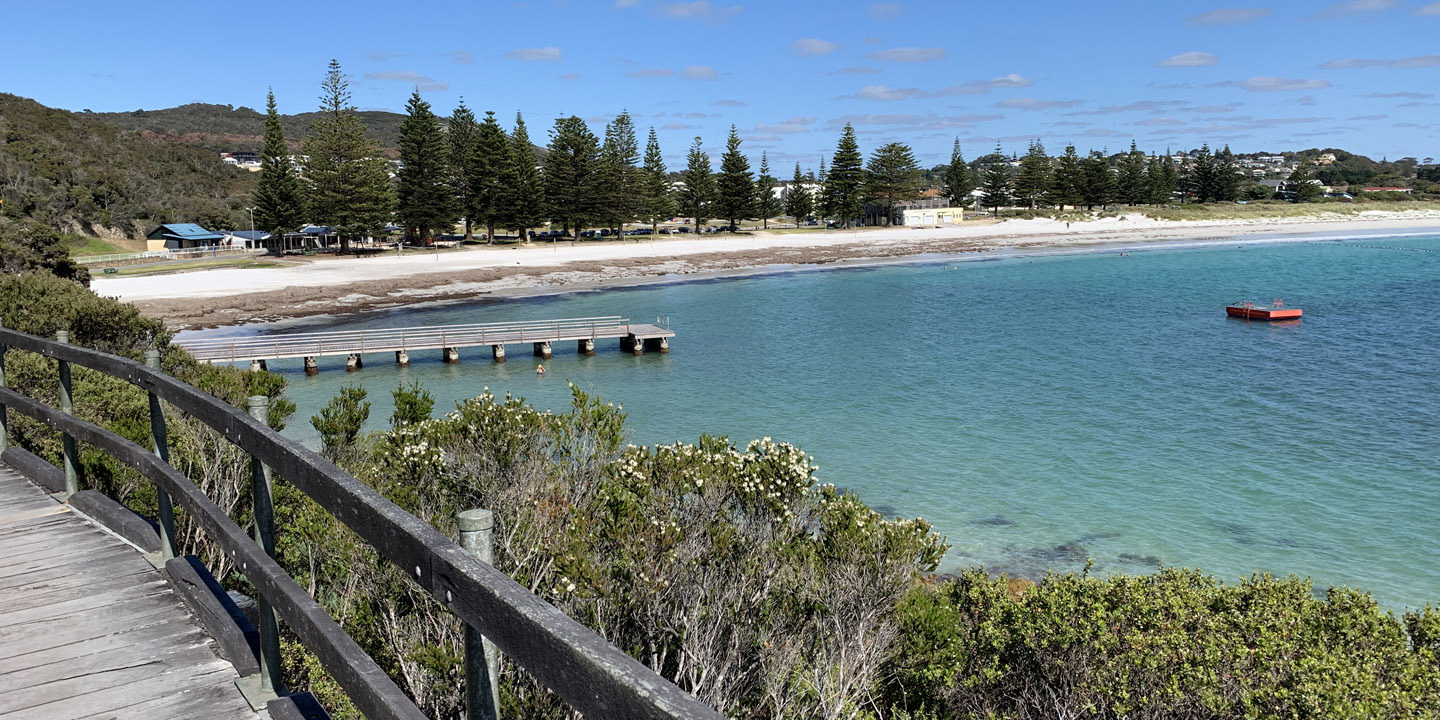 Things to do in Albany

There truly is something for everyone in Albany, from gourmet wine-lovers, to intrepid 4WD explorers, to backpackers – and everyone in between. World-class wine, food, fishing, surfing, swimming, diving, hiking, mountain biking, four-wheel-driving, camping and a myriad of other activities are all on offer within minutes of town.

Walking
Walking is a great way to see the best of the hub of the south west of Western Australia. Take advantage of the warm weather and explore Albany and its surrounds, with so many geographical attractions in the south west area, the experience is only augmented by the Mediterranean style climate which is typified by the warm summer nights. You can even explore the secluded beach opposite your unit, with the Albany shoreline affectionately referred to as the Rainbow Coast, you’ll know why when you see it.

The historical presence of Albany is one of the many charms of the South West Port City. King George sound is a large ocean inlet that surrounds Albany. It covers a vast 110sqm and is 35 metres at its deepest point. The sound also has two harbours located within it - Princess Royal Harbour and Oyster Harbour.

Fishing
Cast out from a jetty or just from the beach, and don’t forget that there are also fishing charters available. Now you just need to find that lucky spot of your own.

Top Attractions in Albany
For a well-deserved break in beautiful Albany, you can step out the door of our Holiday Homes and you would have already started your adventure. Our Holiday Homes, of which there are six (available year-round) are located directly opposite Middleton Beach. The front units have ocean-views, are fully self-contained and perfect for either a mid-week getaway during the holidays, a long weekend or stay even longer and really get to know the locals. But once you get over the great location you can really immerse yourself in Albany and you can’t go past these wonderful activities.

The Gap, Natural Bridge and Blowholes – Fantastic wonders of Mother Nature that will just amaze you. But, yes, it is extremely dangerous so please stay on the paths and stay safe while being completely amazed at the raw power of nature and some spectacular views.

The Albany Wind Farm – Only 12km out of the town centre, the turbines will tower over you when you walk through the network of boardwalks. Creating 75% of Albany’s electricity it is an interesting place to visit.

Snorkelling and Scuba Driving –Two Peoples Bay has some of the best soft coral for you to see, or if you want something more adventurous, the HMAS Perth is the first Artificial Dive Reef and is becoming a new home for many species of fish and marine life that you will be able to explore.

Albany Farmer’s Market – It is a social event for many, the catching up, the chatter and genuine good nature is evident all morning. It is an uplifting community experience, brought about by the simple sharing of being able to choose first class fresh food.

Tree Top Walk – About 90km from Albany is the 38-meter-high tree top walk. All ages can view the canopy to the magnificent towering Karri and Tingle trees. Walking on the tree top walk or below on the boardwalks will give you a different perspective of the shape, size, sounds and movements of the trees. No visit to Walpole would be complete without an Eco cruise through the Walpole Nornalup Marine Park. Your trip will take you through Denmark, where you can visit an Alpaca Farm which has an amazing collection different animals and Dinosaur World. Greens Pool at Williams Bay is a must for photographic enthusiasts.

The Stirling Ranges – Climb Bluff Knoll and other peaks or have a picnic and benefit from the fresh air and the superb nature. There are many different bush walks and hikes to do depending on skill and time. The only difficulty is deciding which one you would like to go on.

Whale Watching – In the season between June to September, Albany is a renowned spot to catch a glimpse of the whales. While you’re waiting, visit Whale World and take an interactive journey through the site of what was the last operating whaling station in Australia, supported by a series of audio-visual displays, artefacts and whaling history. A path that weaves around the side of Middleton Beach is often a great vantage point for viewing the Whales as they frolic in the beautiful clear water.

The Sandalwood Shop – Visitors can take a free tour, shop in the international showroom, and sample the beautiful sandalwood beauty products. For more romance, as you head out of the City towards Middleton Beach you will discover the Old Strawberry Hill Farm, a National Trust property. It was the first Pioneer Farm in West Australia and a great place to enjoy a Devonshire tea.

Brig Amity
A trip to the foreshore reveals another piece of Australian history, a replica of the brig Amity is on display to explore. The original Amity sailed from Sydney on 9th November 1826, carrying a party under the command of Major Edmund Lockyer, who had orders to form a settlement at King George Sound. The building of the replica began in 1975 under the careful eye of local boat builder Stan Austin. Other local craftsmen joined the team, with the aim of making the replica the focal point of celebrations of the 150th anniversary of the brig's arrival. When you visit this full-size replica, try to imagine more than 50 men, together with stores, sheep and pigs, sharing this small vessel in a difficult journey taking over six weeks. The Amity replica is open from 9.30am to 4pm daily, located at Albany Historical Precinct, off Princess Royal Drive, Albany.

Photography
If a generous, restful night’s sleep is more your speed then retire to your unit with a view. Fall asleep to the soothing sounds of rolling waves, as the tides of the Southern Ocean lap up onto Middleton beach. If you’re an early riser you’ll be in for a treat, with inspiring sunrises enticing your inner photographer. Whether you’re photographing the catch of the day, capturing your peace of serenity at Torndirrup national park or picking a vantage point on the peninsula, there are a myriad of photogenic perch’s and subjects.

Relax
Don’t forget to relax, in the unit, on the beach or having a coffee at the nearby cafes. That’s what holidays are all about, to have fun, new experiences and relax! Explore the richness and beauty of Albany whilst discovering the meaning of true relaxation. Indulge in a glass of local sparkling wine whilst gazing onto the breathtaking views encapsulated by nature, history and lifestyle.

Historic Albany
Albany city centre is based around the main thoroughfare of York Street and sits on the northern edge of Princess Royal Harbour, which is part of King George Sound. The central district of Albany is overlooked by Mt Clarence to the east and Mt Melville to the west. During the late 19th and early 20th centuries, Albany was a gateway to the Eastern Goldfields and for decades was Australia’s only deep-water port, giving it a place of prominence on shipping services between Britain and its colonies. However, the construction of Fremantle Harbour near Perth in 1893 saw Albany’s importance as a port rapidly decline, so the town turned primarily to agriculture, timber and later whaling to support its economy.

Albany also has an important role in the Anzac legend as it was where the fleet which comprised of approximately 20,000 Australians and 10,000 New Zealanders assembled and departed for Egypt on November 1, 1914. The strong sense of military history is tied to Albany, with troops leaving from Albany for World War 1, a memorial to the Desert Mounted Corps sits atop Mt Clarence, the memorial is a 9-metre bronze statue of an Australian mounted soldier assisting a New Zealand soldier whose horse has been wounded with an impressive military museum which will easily fill a full day as there is many things to do and see.

Many a nation, including America, Britain and France have whaled from the port city, with the industry peaking in 1845. In its prime whaling days Albany had 300 ships from various countries docking along Australia’s south west coast. The numbers of vessels started to decline after 1859 when the oil boom called ships home to the Americas. The deep-water port which famously witnessed the birth and death of the whaling industry is still a hub of activity, but the town is more about tourism, and the welcome mat is out.

Taste Great Southern
Albany Food and Wine Festival held March each year. The Great Southern of Western Australia represents one of the most diverse and engaging tourism, food and wine regions you could imagine!

Taste Great Southern shows off the best this region has to offer exquisite local food and drinks, a stunning natural environment and a region fast becoming a cultural centre in WA.

Taste Great Southern will deliver about 25 unique food and wine events over 10 days, from the end of March to early April each year, providing opportunities for local businesses as well as casual employment in the lead-up to, and during the event.

Local artists and musicians are included in several events across the festival, including performances on streetscapes, and at local produce markets, restaurants and wineries. https://www.tastegreatsouthern.com.au. 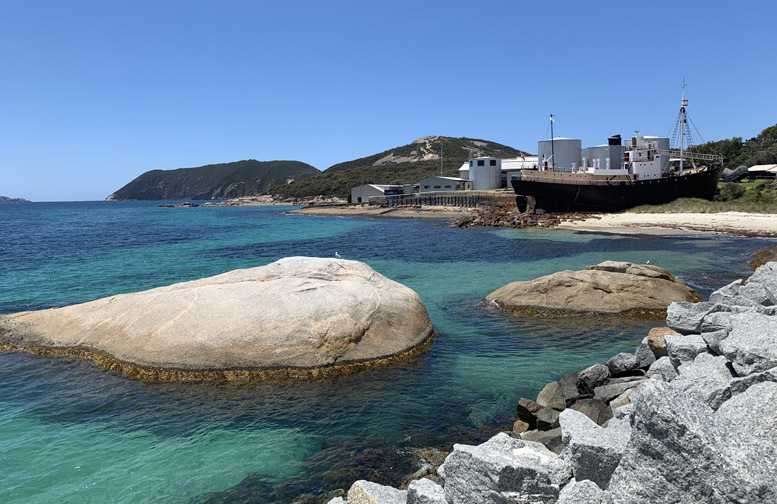